So-called synthetic cannabis, more commonly known as spice, is often marketed as a ‘legal high’ but it does not actually contain any cannabis or synthetic c 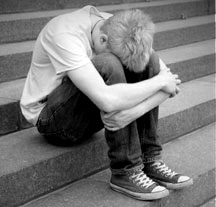 annabinoids.  A variety of herbs are sprayed with chemicals that are designed to occupy cannabinoid receptors in the brain.  They have only a minimal relation to the THC found in cannabis.  Researchers are not clear as to even how these chemicals effect the body.  These chemicals are designed for laboratory testing to study the way that cannabinoids effect cellular processes, but they are not tested on the human body.  Some can be extremely harmful and even deadly.

Research has shown that THC binds to only two receptors in the human brain and that it’s effect is generally short-term.  The chemicals used in spice bind to more receptors in the brain and has a much longer-term effect.  There is evidence that there are lasting effects on the nervous system, even to the point of producing seizures, organ-failure and cardiac arrest.  Researchers do not even know why these severe effects are produced.

There are dozens of these chemicals, and that is a major part of the risk they pose.  The Food and Drug Administration of the federal government continually tries to regulate these products.  The market is there, however, so designers of spice feel they must maintain a supply.  In order to do this, they constantly change the combination of chemicals that are contained in spice.  In other words, each time you purchase spice you’re probably not getting the same product your purchase previously.  You’re getting a different mix of chemicals and there is no real way of knowing how that mix of chemicals will interact with your body.  This is the major reason why spice is so dangerous:  each time you purchase some, you’re probably not getting what you purchased the last time.  Further, newer chemicals are often stronger and more toxic that previously-used chemicals.  Each time you use spice you’re performing an unmonitored experiment on your own body.

Despite frequent claims that spice is a ‘safe and legal high’, the fact is that these are dangerous chemicals with an unknown effect on the human body.  Each time you use it, you’re taking what may end up being a deadly risk.  Ask yourself if the high is really worth that risk to you.  The best advice is to avoid these dangerous chemicals completely.  You’re putting your life on the line each time you use them.

You can find out more at:  www.drugabuse.gov › Drugs of Abuse